Understanding the Difference Between ILR and British Citizenship 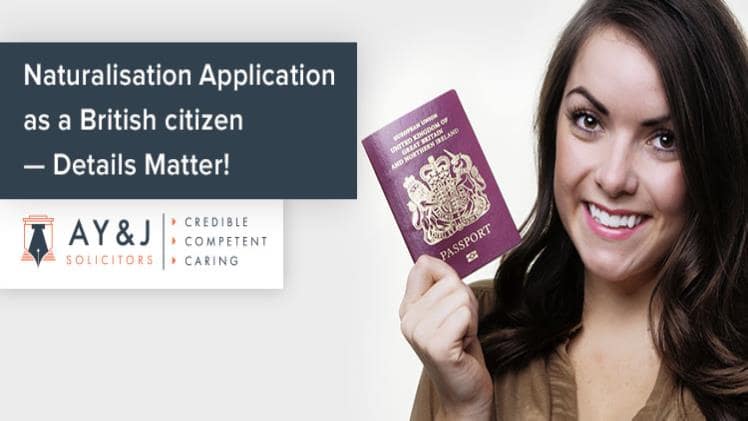 A permanent residence in the UK will allow you to enjoy a better quality of life. Whether you desire to live in the UK for work, study, family, asylum, or refugee resettlement, British citizenship or UK ILR will give you a permanent status. Learn more about the status of these two people here.

The difference between British citizenship and a UK ILR

Many foreigners coming to the UK find it hard to distinguish between the UK ILR and British citizenship at first because they both allow holders to remain in the UK permanently.

The major difference between these two statuses is the privileges that come with each. Because a UK IRL is not British citizenship exactly, it comes with limited rights.

A UK ILR is an immigration status awarded to an individual who doesn’t have the right of abode in the country but has been allowed in the country without a time limit and is permitted to study, work, participate in the business, or self-employment. If the status is granted to a person who hasn’t yet entered the country, it’s called an indefinite leave to enter (ILE)

Achieving UK ILR status is a prerequisite for any foreign individual who wants to settle permanently in the country, and many immigration paths can culminate in it. You typically must have resided in the country for 5+ years while holding an appropriate UK visa to qualify for an ILR. In addition, you’ll need to demonstrate your proficiency in the English language and ace the life in the UK test.

The major benefits of a UK ILR are the unrestricted ability to live, study, and work anywhere in the country, so you won’t need to worry about obtaining visa renewals or needing to depart the country. Additionally, having ILR entitles you to use the UK’s social welfare scheme and eliminates the requirement that you pay an immigration health levy to use the NHS.

An individual granted an indefinite leave to remain is considered settled, can access public benefits, and is qualified to receive welfare. The most common path to naturalisation or recognition as a British citizen often requires the applying foreign national to be settled in the country. In fact, when a baby of non-British citizens is born in the UK, established status is particularly crucial since, without at least one of the parents having settled status, the kid will not immediately be granted UK citizenship.

Who may submit an application for indefinite leave to remain?

The option to apply for indefinite leave to remain is available through several channels. You must typically be in the country on one of the visas or travel routes mentioned below and have completed the necessary qualifying period of legal stay in the country:

–   Have served in the British military

That said, IRL will lapse if you spend over two years outside the UK, and you may need to reapply again.

You can only leave the UK for a certain amount of time with an LR. You’ll lose your UK ILR status if you are gone from the UK for longer than two years. You will then need to seek a Returning Resident Visa to restore your Indefinite Leave to Remain status before you can travel back and carry on residing in the UK. On the other hand, British citizens can leave the country for as long as they want and return without any hassles at the immigration offices.

The benefits of obtaining British citizenship also include the ability to seek citizenship for any of your kids born outside the country and the automatic citizenship of any born in the country.

Dual citizenship is also permitted, so you won’t have to renounce your former citizenship to get British citizenship. It’s crucial to remember that you can only enjoy dual nationality if the country you are from grants that option, too.

How to apply for British citizenship

An ILR is often the route to a UK naturalisation for those coming from overseas. If you’ve made up your mind to apply for naturalisation as a British citizen following ILR, you can do it either by mail or online. Typically, you must spend at least a year as a settled resident before applying for citizenship.

How do you apply for British citizenship after receiving ILR?

The application process for British citizenship is highly complicated. In addition to having ILR, you also need to demonstrate that you meet several requirements:

As part of the process, you must provide supporting documentation, a processing fee, and your biometric data. The Home Office can take up to six months to process your request, and there is no way to fast-track it.

Both the IRL and British Citizenship grant the holder a period of permanent stay in the UK. But the former comes with only a few benefits. For example, while you can study, work, and collect benefits, you won’t be able to vote, hold office, or leave the country for extended periods. On the other hand, British citizenship allows you all these benefits plus some.

Speak with an experienced immigration lawyer if you are unsure whether you qualify for an IRL or British citizenship. Indeed, we have experience helping several individuals from overseas settle in the country for study, work, family, asylum, and refugee resettlement. Reach out and discover how we can be of service.

What You Need To Know About Metabolic Types

What Is Involved In Property Management

10 Tips for Getting the Most Out of a Virtual Receptionist